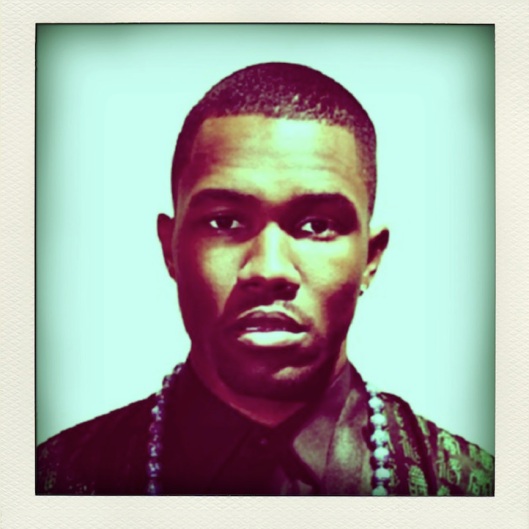 I’m in love with Frank Ocean’s CHANNEL ORANGE, and I’m blown away by his bravery.  Apparently, there are many people who feel the same way–including Jay-Z. Here’s an amazing letter to Frank Ocean from Jay-Z, recently posted on Jay’s blog:

It’s true, we are a lot alike… “spinning on blackness. All wanting to be seen, touched, heard, paid attention to.” In your opening few lines, you simultaneously established your humanity, a burden far too often asked of same sex lovers, and acknowledged that in this age of hyper self- awareness, amplified in no small part by the social media medium in which you made your announcement, we are desperate to share. You shared one of the most intimate things that ever happened to you – falling in love with someone who wasn’t brave enough to love you back. Your relieving yourself of your “secret” is as much about wanting to honestly connect as it is about exhibition. We are all made better by your decision to share publicly.

You and Anderson Cooper have the same coming out calendar week in common, but in many obvious ways, you couldn’t be more different. Anderson Cooper is an heir to one of America’s great Industrial Age fortunes and a network professional whose maleness and whiteness backed by his considerable accomplishments guarantee him work. You are a young Black man from New Orleans who fled your still struggling city. You didn’t arrive in Los Angeles with generational wealth and privilege, only the beautiful lyrics and melodies that danced through you and your dream of making it in a music industry whose sand castles were crumbling.

You are in fact, connected to one of hip-hop’s great cadres, in the tradition of Oakland’s Heiroglyphics, The Native Tongues and The Juice Crew. Your music family, like all the rest, will likely grow apart, but in this moment Odd Future bends hip-hop’s imagination with utter abandon. You fulfill hip-hop’s early promise to not give a fuck about what others think of you. The 200 times Tyler says “faggot” and the wonderful way he held you up and down on Twitter today, Syd the Kid’s sexy stud profile and her confusing, misogynistic videos speak to the many contradictions and posturing your generation inherited from the hip-hop generation before you. I’m sure you know a rumor about Big Daddy Kane having AIDS and with it, the suggestion that he was bisexual, effectively ended his career. You must have seen the pictures of pioneer Afrika “Baby Bam” from the Jungle Brothers in drag and read the blogs ridiculing him, despite the fact that he’s been leading a civilian life for nearly two decades. I know as a singer you love Rahsaan Patterson and bemoan the fact that homophobia prevented him from being the huge star his talent deserves. Only last month Queen Latifah unnecessarily released a statement denying that her performing at a Gay Pride event meant she was finally affirming her identity for thousands of Black girls. Imagine if Luther had been able to write, as you closed your letter, “I don’t have any secrets I need kept anymore…I feel like a free man.”

But you’re not an activist. You’re a Black man in America whose star is on the rise, working in hip-hop and soul, where gender constructs are cartoonishly fixed. Your colleague Drake is often attacked with homophobic slurs when he simply displays vulnerability in his music. He seems to respond by following those moments of real emotion with bars that put “hoes” in their proverbial place. But you’re a beautiful songwriter (your question to Jay and Kanye, “What’s a King to a God?” on their own song on an album about their kingdom, was brilliantly sly). Your letter is revolutionary not least of all because it is about love. It is about falling in love and feeling rejected and carrying both that love and rejection with you through life. The male pronoun of the object of your desire is practically incidental. We have all been in a love that felt “malignant…hopeless” from which “there was no escaping, no negotiating.” Your promise to your first love, that you won’t forget him, that you’ll remember how you changed each other, is so full of love and grace.

You were born in the ’80s, when gay rights activists were seizing the streets of New York and other major world cities, fighting for visibility and against a disease that threatened to disappear them. The cultural shifts created from those struggles in some ways make your revelation about your fluid sexuality less shocking than it would have been decades before. Still, there are real risks with coming out as a man who loved a man. I hope you hear and are reading the hundreds of thousands of people who have your back.

We admire the great courage and beauty and fearlessness in your coming out, not only as a bisexual Black man, but as a broken hearted one. The tender irony that your letter is to a boy who was unable to return your love until years later because he was living a lie is the only truly tragic detail about your letter. A million twirls on this spinning ocean blue globe in this vast endless blackness for you my love.”

I am the author of the Young Adult novel, WHITE LINES, forthcoming from G.P Putnam and Sons in April, 2013, as well as the three-book series THE ELITE, published by Berkley Jam. which includes the titles THE ELITE, IN TOO DEEP, and SIMPLY IRRESISTIBLE. Please feel free to contact me at jbanash@bwscampus.com with any questions, comments, or just to say hi! However, for all questions regarding rights of any kind, please contact my agent, Lisa Grubka, at lgrubka@foundrymedia.com